‘Beginning of Wrong Trend’: Rajasthan Governor on Protest by means of Gehlot, MLAs at Raj Bhawan 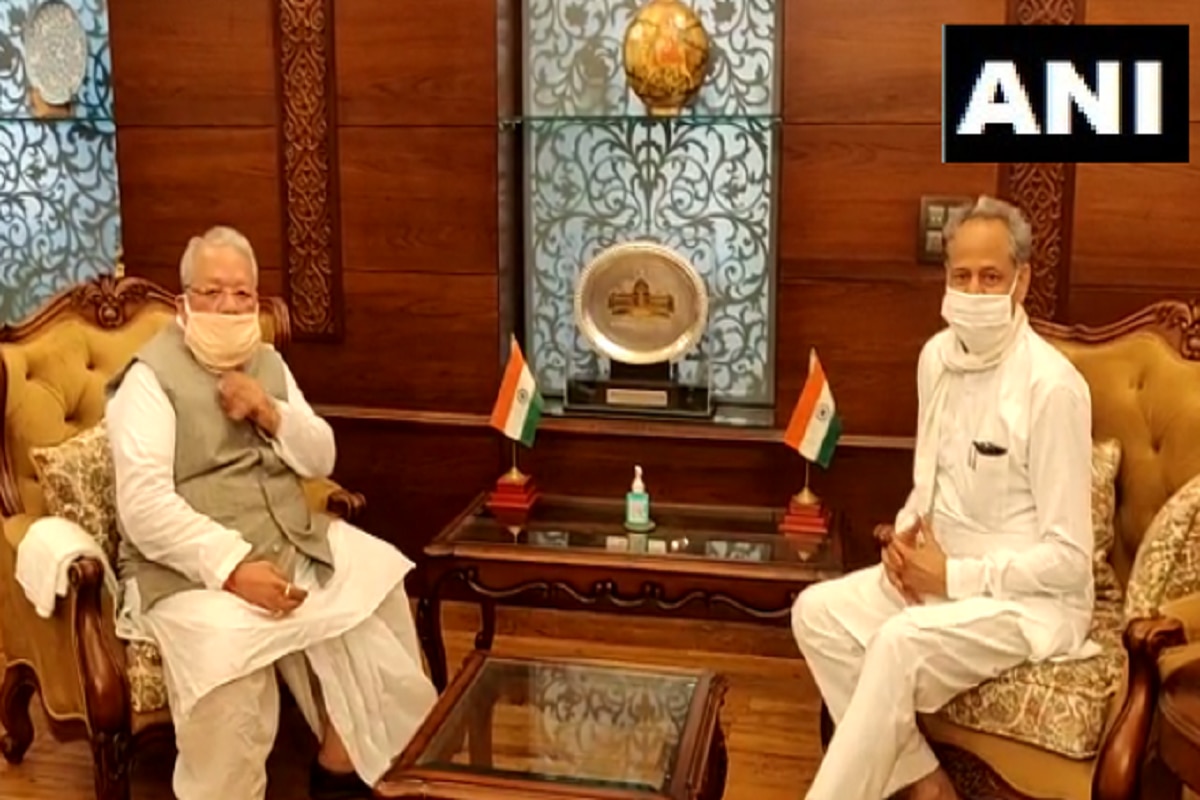 New Delhi: Rajasthan Governor Kalraj Mishra on Friday hit out at Chief Minister Ashok Gehlot for protesting at the Raj Bhawan, asking if it was not the ‘beginning of a wrong trend’ where MLAs protest at the Governor’s official residence. Also Read – Rajasthan Crisis: On Delay in Calling Assembly Session, CM Gehlot Alleges Governor ‘Under Pressure From The Top’

In a letter to the Chief Minister, the Governor said, “Before I could discuss the matter with experts regarding Assembly session, you have publically said that if Raj Bhawan is ‘gheraoed’ then it is not your responsibility”. Also Read – ‘On Our Own’: Rebel Rajasthan Congress MLAs Say ‘Not Being Held Hostage by BJP’ | Watch

Notably, CM Gehlot had remarked that if the Governor does not call for an ‘immediate’ Assembly session, than his residence will be ‘gheraoed’ by the MLAs and he (Gehlot) won’t be responsible for it. Also Read – ‘House Bulao, Call The Assembly’: Rajasthan CM Gehlot, Congress MLAs Raise Chants Outside Raj Bhawan | WATCH

“If you and your Home Ministry can’t protect the Governor, then what about law and order in the state? What agency should be contacted for the Governor’s security? I’ve never heard such statement from any CM. Is this not the beginning of a wrong trend where MLAs protest at Raj Bhawan?”, the letter further stated.

If you & your Home Ministry can’t protect Guv then what about law & order in State? What agency should be contacted for Governor’s security? I’ve never heard such statement from any CM. Is this not the beginning of a wrong trend where MLAs protest at Raj Bhawan?: Guv to CM (2/2)

In unprecedented scenes at the Raj Bhawan today, a protest was staged there by Gehlot and at least 100 MLAs. The MLAs raised slogans like ‘Rajyapal, Assembly bulao’ (Governor, call the Assembly), as well as those in favour of the Chief Minister.

Gehlot is also the Home Minister of Rajasthan.

The Governor told the protesting Chief Minister and his MLAs that he was getting legal opinion since the Supreme Court is hearing the case. Also, as per reports, the Governor also raised the COVID-19 pandemic as a reason behind not convening an Assembly session, at which the Chief Minister wants to prove his majority.

Earlier today, the Rajasthan High Court ordered ‘status quo’ in its hearing over plea filed by former Deputy CM Sachin Pilot and 18 MLAs in his camp, i.e the Assembly Speaker, against whose disqualification notice the Pilot camp had moved the High Court, can’t take action against them for now.

The Supreme Court will hear the case on Monday.