Pilot Not Meeting Rahul Gandhi, Congress Wants to Welcome Him With ‘Open Arms’ 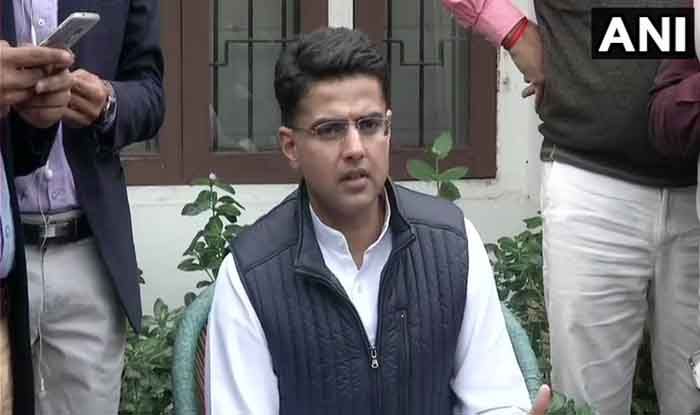 New Delhi: The political crisis in Rajasthan further worsened after rebel Sachin Pilot said he has not plan to meet Congress leader Rahul Gandhi. Also Read – ‘I Had Slip of Tongue, Mistake Regretted’, PL Punia Backtracks on His ‘Pilot in BJP’ Statement

In a latest development, sources close to Pilot told news agency ANI that the leader is also not planning to join BJP either. Also Read – Rajasthan Crisis LIVE Updates: Sachin Pilot Has no Plan to Join BJP, Will he Make U-turn?

Sources further added that the Gehlot government doesn’t have numbers they claim. “The CM’s back garden isn’t the place to prove majority, it’s done in Assembly. If they have numbers as claimed then why not do a head count, take them to governor instead of moving them to hotel?,”sources close to Pilot said.

On the other hand, Pilot told his supports that only 84 MLAs are with the Gehlot government but the rest is with him.

However, he said that no talks are going on with the party high command and neither has he kept any condition in front of it.

The Congress in New Delhi is trying calm down Pilot saying the party is ready to welcome him with open arms.

In a message to Sachin Pilot, the Congress High Command has said that the party is ready to welcome him with open arms. “Please come and talk,” the party told Sachin Pilot.

Other top Congress leaders, including Rahul Gandhi and Priyanka Gandhi, are in touch with Pilot and are trying to placate him, a day after the Rajasthan Deputy CM declared open rebellion against Chief Minister Ashok Gehlot.