Pune Containment Zones: Amid the rapid surge in coronavirus cases, the Pune Municipal Corporation (PMC) has revised the number of containment zones in the city from 109 to 87. The development comes when the ten-day ‘special lockdown’ imposed in Pune and Pimpri Chinchwad cities on July 14 ended. Speaking to the Indian Express, Municipal Commissioner Vikram Kumar asserted that the specific area, building or cooperative society outside the containment zone will be immediately sealed off by the civic officer concerned if they notice a surge of corona patients in the area. Also Read – COVID India Update: In Grim Milestone, India Records Highest Single-day Spike of 49310 Cases; 740 Deaths Within 24 Hours

On the other hand, District Collector Naval Kishore stated that they are planning to impose tough restriction in market places to main social distancing and avoid crowding. He stated that the traders are not in favour of lockdown but are ready to close the shutters for a  couple of days in a week. Also Read – Maharashtra Man Poses as BJP Leader’s Personal Assistant to Extort Money from a Doctor, Arrested

Here the full list of containment zones in Pune: Also Read – India to Issue Visas to Hindus, Sikhs in Afghanistan Who Want to Come Amid Rising Attacks on Them 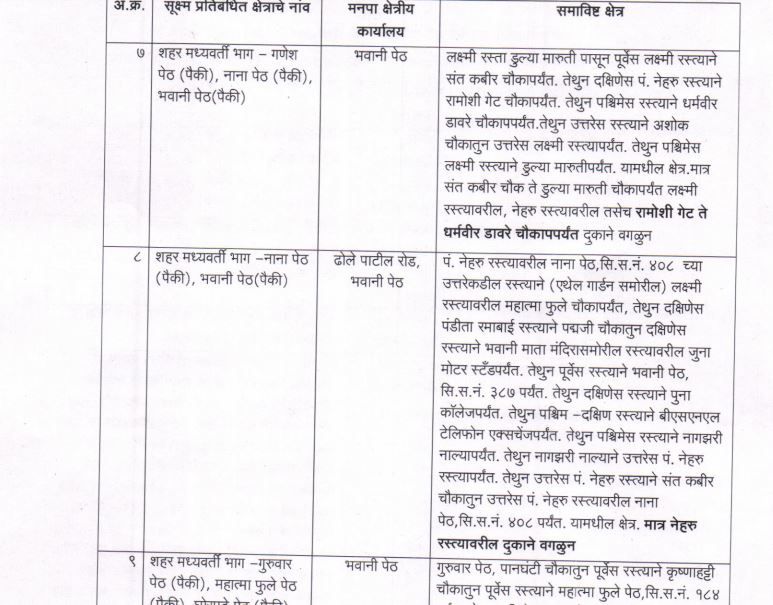 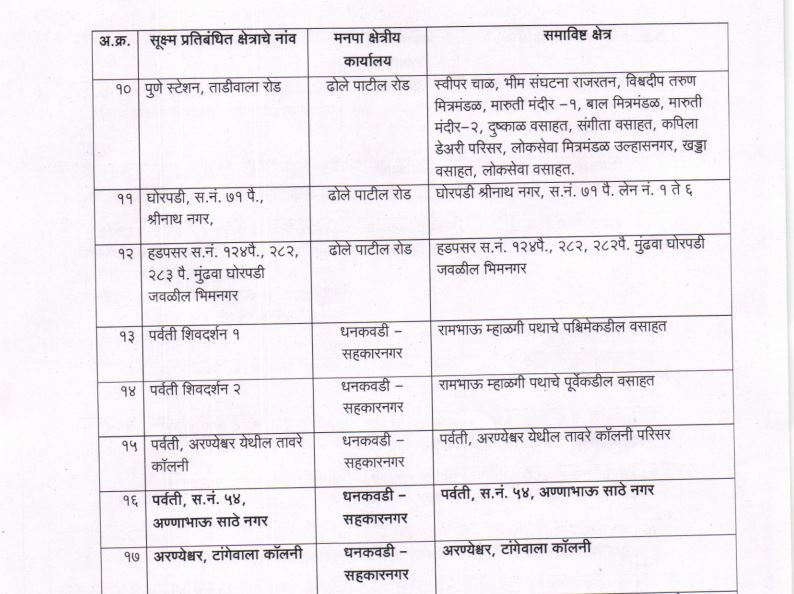 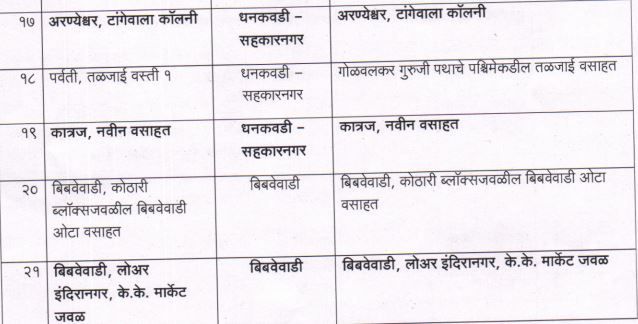 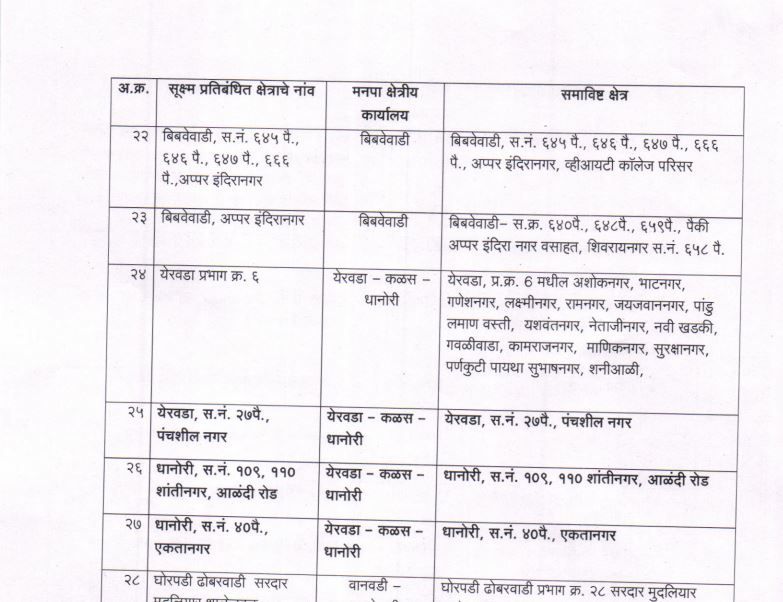 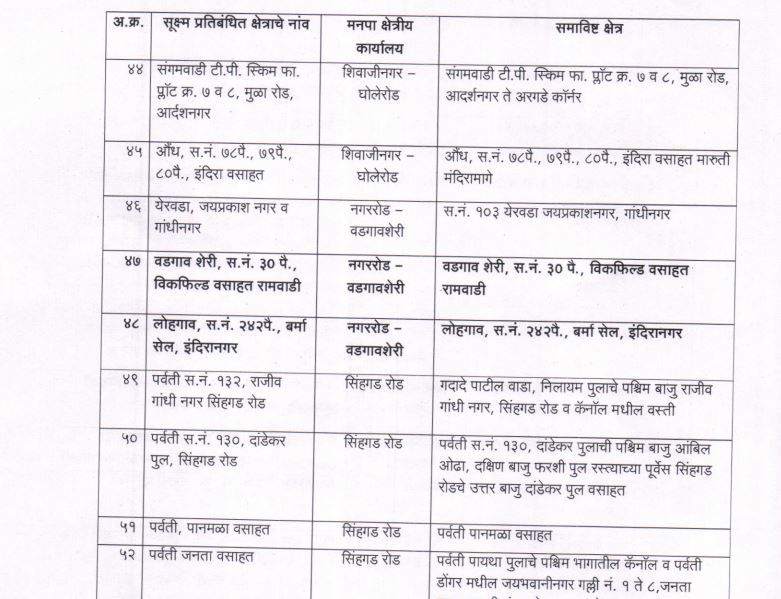 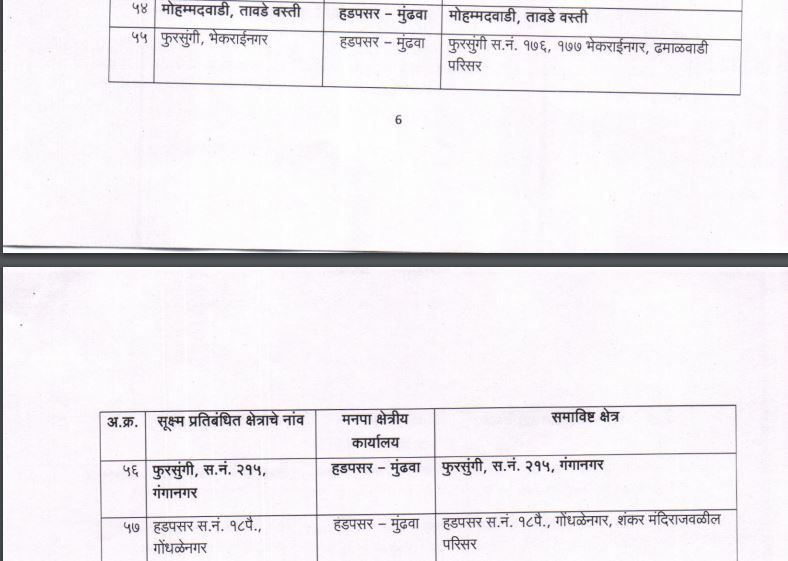 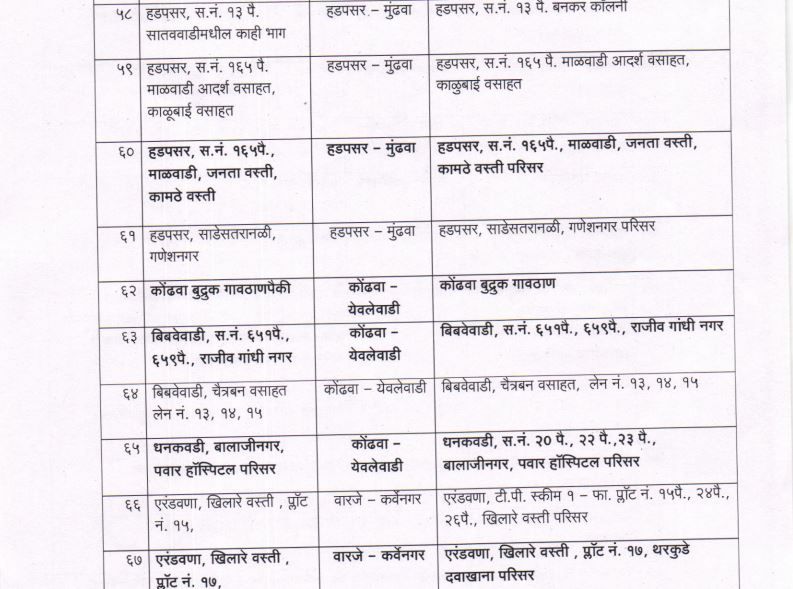 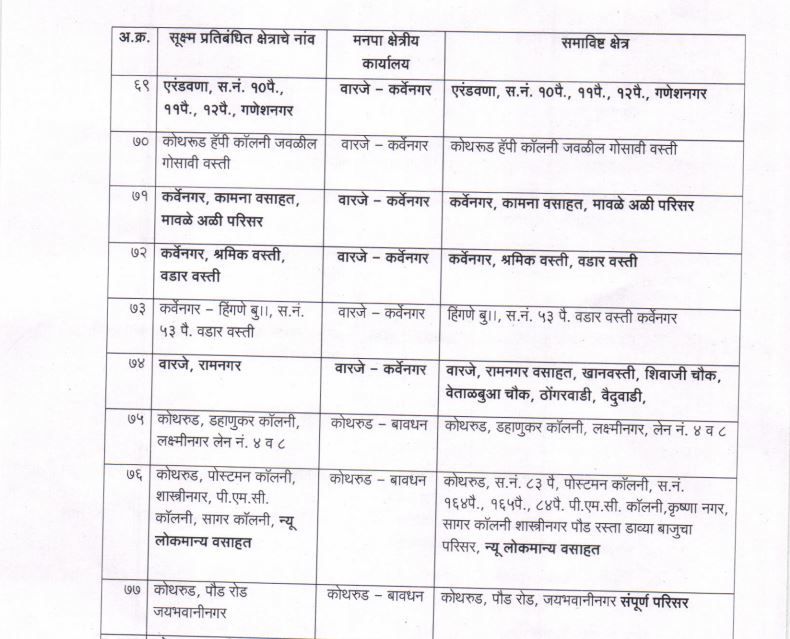 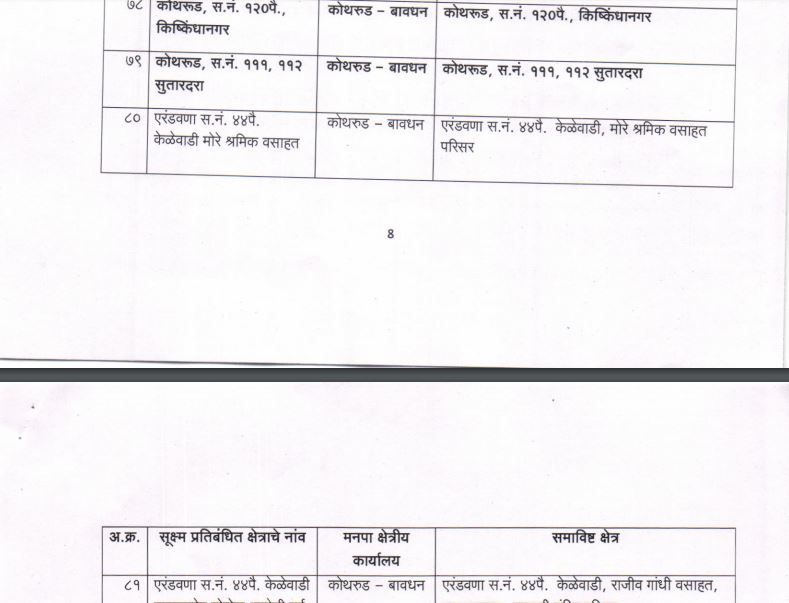 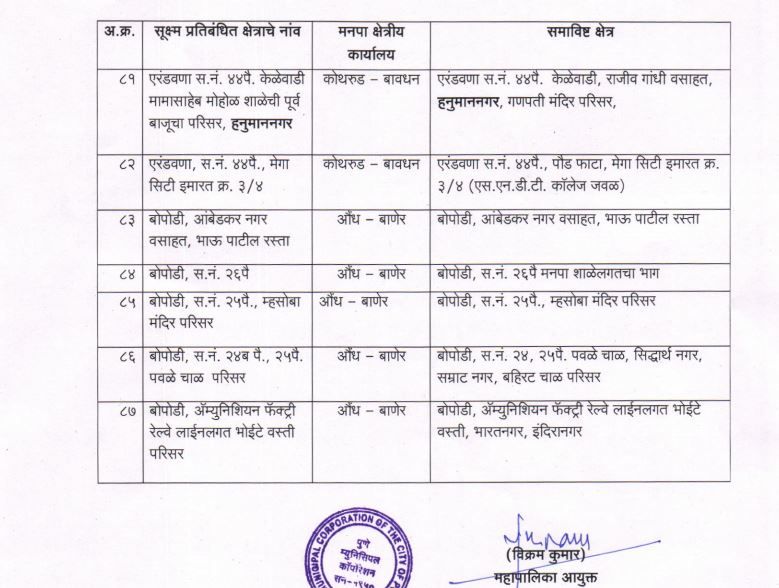 Earlier on Thursday, Pune district reported 2,368 new coronavirus cases in the last 24 hours taking its COVID-19 case count to 62,002. The death toll in the district reached 1,562 with 58 patients succumbing to the infection since Wednesday evening. “1,661 new cases were detected in the Pune Municipal Corporation limits, which now has 40,721 patients. But 779 patients were also discharged from hospitals,” the official said.