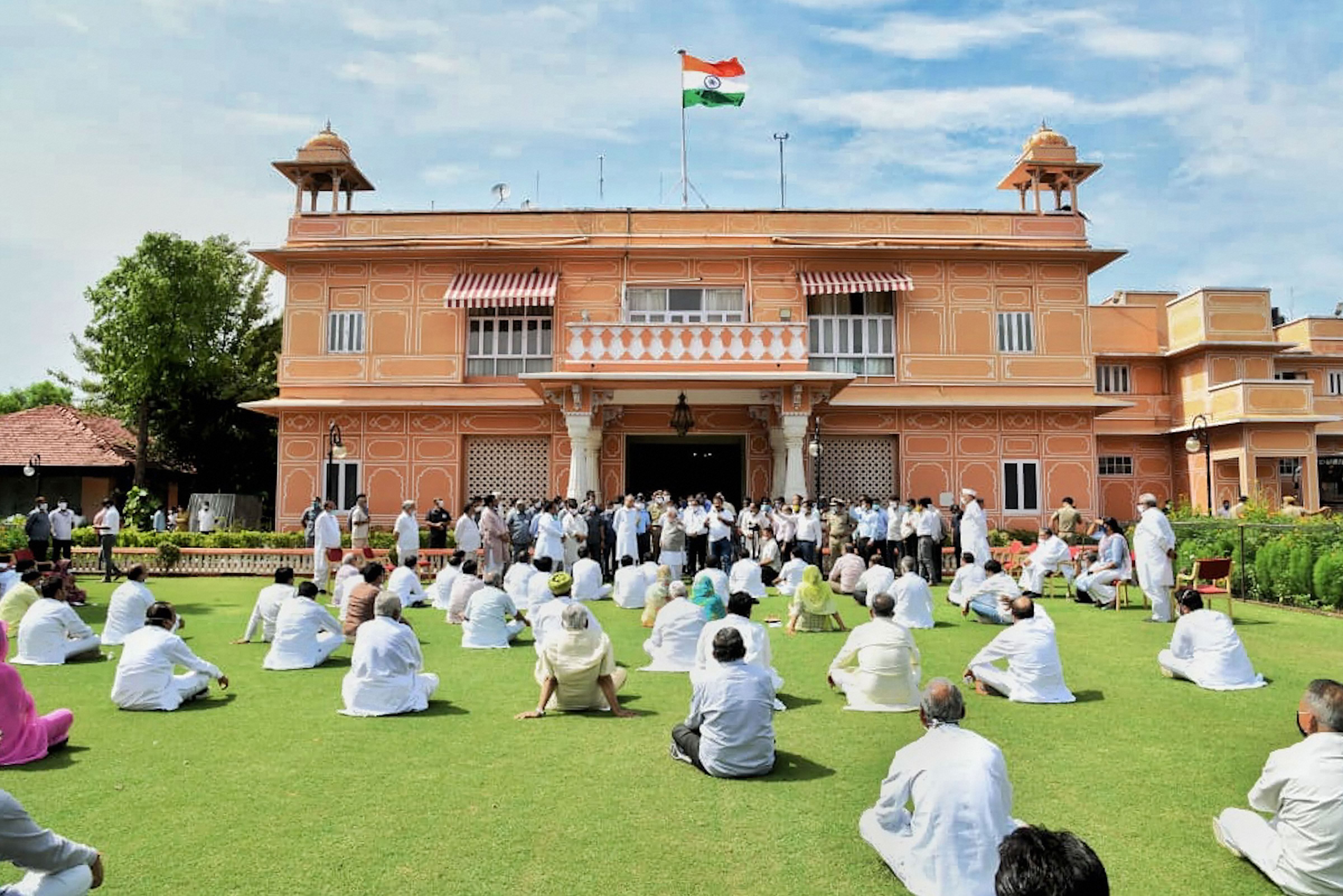 New Delhi: In a dramatic turn of events in Rajasthan, where the Congress government is in power, the ruling party MLAs staged a sit-in protest at the Governor House on Friday, demanding an immediate Assembly session. The Congress also moved the Supreme Court against Rajasthan High Court’s verdict which went in favour of Sachin Pilot and the 18 rebel MLAs as the High Court ruled that no immediate action can be taken against the rebel MLAs. Also Read – ‘Beginning of Wrong Trend’: Rajasthan Governor on Protest by Gehlot, MLAs at Raj Bhawan

The protest by the MLAs ended after five hours when Governor Kalraj Mishra assured that he would go by the go by the constitutional provisions on summoning an Assembly session. Also Read – ‘On Our Own’: Rebel Rajasthan Congress MLAs Say ‘Not Being Held Hostage by BJP’ | Watch

‘No justification of Assembly Session’

The Governor, after the protest, issued a statement saying on July 23, the state government presented a paper, asking to convene the session of the Assembly at very short notice. The paper was analysed and legal experts were consulted over it, the Governor House said. “The date on which the Assembly session is to be convened is not mentioned in the Cabinet note and no approval has been given by the Cabinet for the same. There is no justification provided for holding of the Session at short notice nor any agenda has been proposed for the same. A 21-day notice is required for the session to be called according to normal procedures,” it said.

‘Is This Governor’s Security?’

After the protest, the Governor wrote a sharp letter addressing Chief Minister Ashok Gehlot questioning him over the gherao of the Raj Bhawan by his MLAs. “You have said that if Raj Bhawan is ‘gheraoed’ then it is not your responsibility. If you and your home ministry can’t protect the Governor then what about law and order in the state? What agency should be contacted for the Governor’s security? I’ve never heard such a statement from any Chief Minister. Giving dharna inside Rajbhawan is not a good precedent,” the Governor wrote.

Accusing the BJP of conspiring to topple the Rajasthan government, Congress leader Rahul Gandhi said the BJP is insulting the mandate of 8 crore people in Rajasthan. “The country is ruled in accordance with the law and constitution. Governments are formed and run based on people’s mandate. The governor must call an assembly session so that the truth comes before,” Gandhi tweeted.

The Congress has 107 MLAs in the 200-member House and the BJP 72. The tally includes six BSP MLAs who merged as a group with the ruling party after the 2018 assembly polls.